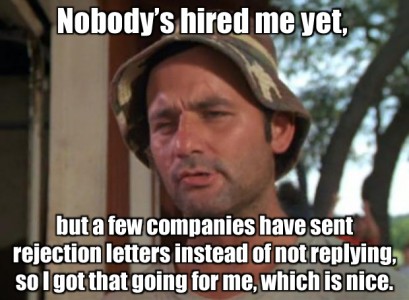 Today has, despite what you might think from the image above been a good day. It started in much the same way yesterday was all day, with pouring rain.

Now, living in a caravan during a rainstorm is much less terrible than living in a tent for obvious reasons. The only drawbacks are really that it becomes difficult to prepare hot meals and our caravan lacks a toilet. As we are in Australia however, the rain is not cold – which is nice but hard to get used to.

After about a movie and a half, the rain stopped and we were tasked with taking a months worth of rubbish to the tip, which also is quite an experience down under, compared to the way we do it in Sweden.

Before we got to the tip however, we blew a tyre on the car, and that explained why it’s been bouncing so weirdly for the past couple of weeks.

The main difference between te do recycling in Sweden and the way it’s done over here is simple. In Sweden, reclycling is recycling. You put your plastic bottles with the plastic bottles, the soda cans with the soda cans, and so it goes.
Down here, however – recycling works like this. Everything that is recyclable (haven’t really gotten the hang of what is yet) goes in the same bag and then in one big container. After that it seems a bit fuzzy, but I hope they process it somehow.

I’m not sure if I’m hoping for rain tomorrow or not as the alternative is extremely hot and extremely humid air that can incapasitate the most energetig of souls.

That’s all for now.

Spotify Song of the Day: Boney M. – Rivers Of Babylon