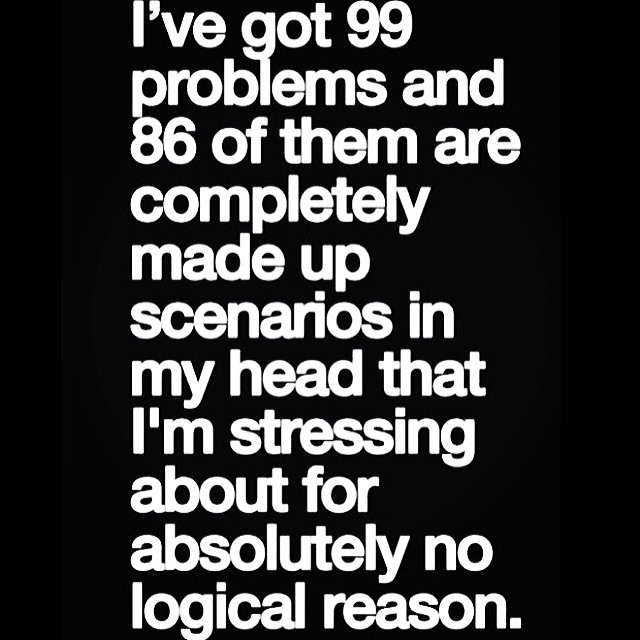 How I felt on the first day of the job
Good evening!

It has yet again been a while since my last confession but I felt it’s about time for an update.

Since last time I wrote, I have spent a few days alone in the unit as the others went away to let Albin experience more of Australia before he leaves. I had an awesome couple of days with unrestricted access to the couch and the home cinema.

I also spent some time applying for jobs, and on tuesday I went on an interview to become a sales rep for Aussie Farmers Direct. And I got the job! Wednesday was training day and on Thursday I was thrown out into the wild to try my wings and got a couple of sales under my belt.

It is a nerve racking experience to be walking around in another country, selling products you’ve had 24 hours to get to know, knocking on doors and pitching the products in your second language. But I like it. That being said, it is weird to go from having 100% leisure time to find yourself being away from home 12 hours a day. Still, the biggest motivator for me right now is getting money to continue the adventure around the country.

Spotify Song of the Day: The Animals – Don’t Let Me Be Misunderstood 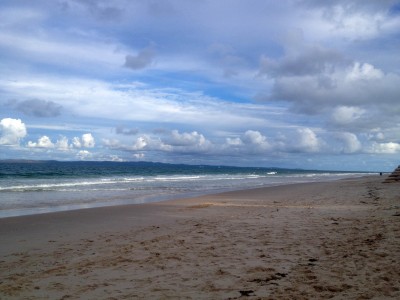 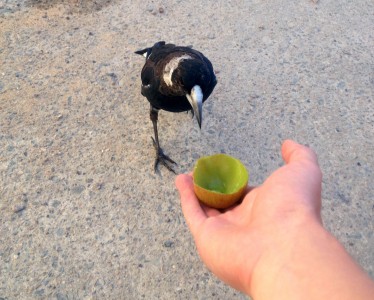 It is now a few days since we picked up our guest at Brisbane Airport and since then we really haven’t done much. Two of our number are “pretty content” with Yoga and lifting weights, but under the pretext of going to some chanting-healing event, we all went away for a daytrip to Bribie Island where the water was crystal clear and the sand was white as snow. Albin and I left before the banging of the drums began.

After that however, the days have been spent doing nothing in particular, so to cure myself from this apathy, I went to a Swedish get-together in the city.

It is nice to get to meet fellow countrymen and to get to speak my own language with people I have never met before. I also learnt why so many people down here have zip ties on their bike helmets. Apparently, the magpies get very territorial during nesting season and decide to attack people – unless they have zip ties on, because then the magpies confuse them with hedgehogs. Clever birds.

Spotify Song of the Day: The Strokes – Gratisfaction 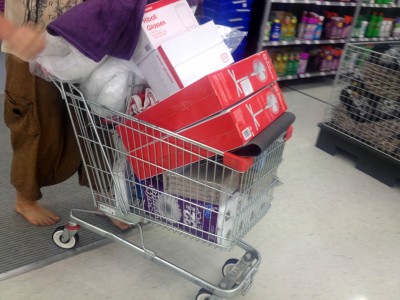 The day of days has come and passed. We are now officially living in our own unit in Redcliffe. And not only that, we have also multiplied as our friend Albin arrived at Brisbane airport Saturday the first of February.

This has changed things in several ways, especially I’d say it’s the fact that there are now two of us here who prefer not to spend our days doing yoga, lifting weights and eating alot. It has also given me a different perspective on how we, the original three act around eachother and which of our traits that are maybe not that big of a problem.

Upon moving into the unit, we realised that despite it being “furnished”, there was a complete lack of all things kitchen. This meant a trip to K-mart where we were more or less forced to spend a total of 250 AUD on fans, glasses, plates, cups, cuttlery, pots and pans, toilet paper, towels, sheets and so on. It was an unforseen expence but we have learned from it that furnished does not mean that everything is included.

The deal with the fans is this: air conditioning is expensive – fans are cheap (12 AUD each for a pedestal fan).

Another thing worth noting is that one of the conditions for us getting to rent the unit was that we pay six weeks rent up front as opposed to the two weeks that are custom. This, however does not mean that we don’t have to pay rent for the first six weeks, but rather that we have created a buffert for the future. A fact that made my semi-relaxed mindset towards getting a job alot less relaxed. From a landlord point of view, this is just perfect but for us, it is a bit less so.

I’ll have more entertaining news for you shortly. Peace out!

Spotify Song of the Day: Johnny Cash – I Walk The Line

This is the video from when I took a ride from John’s house in Tamborine to O’Reillys Rainforest Retreat in the mountains over Canungra.

Coordinates to the viewpoint: http://goo.gl/maps/zi7Kt

Coordinates to the retreat: http://goo.gl/maps/hwHk2 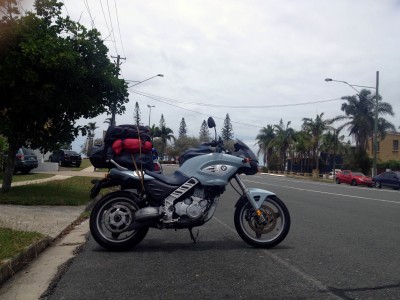 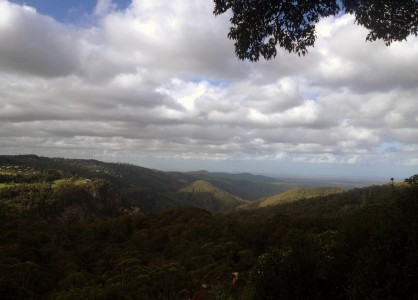 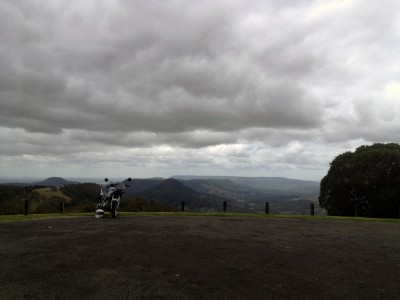 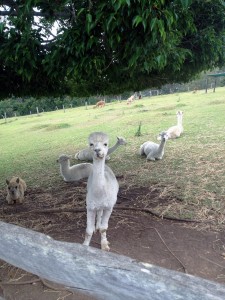 There were some Alpacas there as well 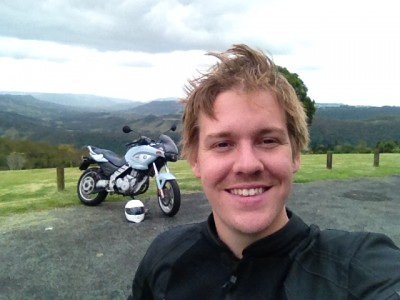 It has yet again been adventure time as Felix, David and I were asked to go and visit Matthews father to help him with some work in exchange for food and shelter for a couple of days.

The journey wasn’t much more than an hour from Redcliffe and John lives just next to Mount Tamborine, which in itself made the journey worthwhile for me on the bike as the road up is the bendiest I have ever seen and the views from up there were amazing as well!

After spending a few hours helping John take down a tree with a chainsaw, pulling a dead blacksnake out of a hole, moving a pile of bricks full of spiders and other fun activities, we spent the rest of the days playing pool, guitar and otherwise chillaxing.

The day before going back to Redcliffe I was recommended to go to O’Reillys Rainforest Retreat as there are several fantastic views and beautiful tracks in the rainforest environment. Unfortunately I wasn’t able to go hiking as I didn’t have anywhere to put my bike-gear, but just the road in itself made it worthwhile. A video will be uploaded shortly!

That’ll be all for now!

Spotify Song of the Day: Tom Petty – It’s Good To Be King