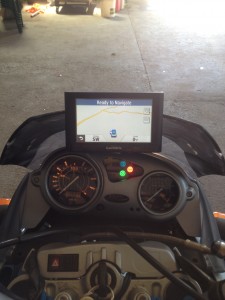 We have now spent three weeks (or is it four? or an eternity?) living in a tent in rural Australia and it has certainly put a strain on the way we three act around eachother.

It may be common when travelling three people together that conversations are more commonly held between two people and thence one gets sort of left behind. Especially if the third person is a dominant know-it-all without much interest in some of the things the first two people enjoy.

I must therefor suggest to anyone going backpacking to make sure you are able to go on by yourself if the need should arise – I have not done so, but am currently working on getting panniers and straps to get all of my stuff onto the motorbike. Possibly also getting a tent and some kind of miniature stove to be able to make my own meals, as hostels are expensive when you don’t have a job.

I believe the super-combo of living so closely together combined with the tragedy of me running out of Snus (fantastic Swedish nicotine solution) has made the strain between me and the other two a bit too much to handle.

Felix and David have decided that they want to go woofing (working for food and shelter) whereas I like money and want to go diving by the coast, so by the looks of it, we are about to split up and make me a party of one.

Starting last night, the wind has been quite severe, hence the topic. Oh, and I created a new mount for my GPS this morning – hence the picture.